How do I apply for the Producer Tax Offset?

What is the producer tax offset?

Before we dive in, a quick refresher. A tax offset normally reduces the amount of tax you actually pay. A refundable tax offset can actually generate a tax refund where no tax has been paid.

The Producer Tax Offset – sometimes referred to as just the Producer Offset – is a refundable tax offset for money spent in Australia or by Australian companies to make Australian films.

Well, like all things tax related there is a bit more to it.

QAPE stands for Qualifying Australian Production Expenditure. Basically, it’s the money spent in Australia on the production, so will include most of the items in Screen Australia’s A-Z budget.

QAPE is the main expense used in determining your Producer Offset.

If you’re making an Australian film, you could be eligible for an offset of:

The main thing here is ensuring that the money can be “reasonably attributed” to the “making of the film.” That means it could be for any stage of the production, including pre and post production work. That said, it doesn’t involve any work done in financing the project, preparing sizzle reels, marketing (with some exceptions), distribution or promotion.

Basically, it’s about bringing the moving image to people’s screens – nothing more and nothing less.

How do I apply?

First, you have to ensure that you are eligible.

You can get started with a Provisional Certificate. This is a certificate issued by Screen Australia before you start production that confirms your eligibility up front. Often investors or lenders will need this to manage the risk of investing in your project. That said, you do not have to receive a Provisional Certificate to receive the Producer Offset. It can be considered “pre-approval” for the Offset.

Screen Australia is there to confirm that:

And other similar factors.

Requirements to obtain a final certificate for your Producer Offset include:

Screen Australia will formally determine your QAPE as part of issuing the certificate.

So it’s not a matter of getting the certificate and then doing the financial stuff. The accounting work is fully embedded in the process of calling your film “done”.

Screen Australia will provide their determination of your final QAPE and your final certificate to the Australian Tax Office (ATO) and you will apply for the Producer Offset through your tax return.

The ATO will calculate your offset based on the information provided by Screen Australia.

They’ll then apply the offset to your tax return.

What do I need to consider for my current or next production?

Because QAPE covers your entire production, one of the biggest factors that come into play in applying for the Producer Offset is time.

It’s never too early to prepare.

When your film is completed (in a year, two years, three, or more) the last thing you’ll want to start thinking about is where you put those receipts during pre-production.

We always advise that you get advice as early as possible. We can put you on the right track to ensure that the final process is as smooth as possible.

But, by the same token.

It’s not too late.

If you’re reading this because your production is drawing to a close, and you’re wondering what to do next, help is at hand. We have assisted with over seventy Producer Offset claims, and many of these we have assisted where the accounting was prepared after the film was released.

This is a specialist area of the Australian taxation system, so make sure that you take advice from someone who has done it before.

If you’re interested in finding out more, or starting with some general taxation advice for producers, please get in touch.

offset, producer, qape, tax
How do I apply for the Producer Tax Offset?2019-05-302019-08-13https://abovethelineaccounting.com.au/cms/wp-content/uploads/2018/03/logo-abl-inline-1.pngAbove The Line Accountinghttps://abovethelineaccounting.com.au/cms/wp-content/uploads/2019/08/dan-freeman-7zb7kuyqg1e-unsplash-min.jpg200px200px
Recommended Posts
Contact Us 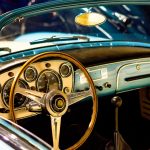 Getting Your Producer Offset Money Out Of Your Special Purpose VehicleResources 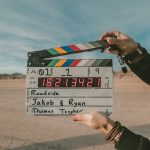