Should the Producer Offset changes move your production timelines?

At the end of September, the Australian Government announced changes to Australia’s screen production incentives. The changes will affect the Producer Offset and the PDV (Post, Digital and Visual Effects) Offset and the Location Offset.

These changes are already forcing people to consider their project timelines. It’s important to understand all the changes and how the timing of your production might affect your bottom line.

The Producer Offset is a refundable tax offset (rebate) for money spent in Australia or by Australian companies to make Australian films, television and other qualifying projects.

The offset (rebate) that you’re eligible for is determined by your Qualifying Australian Production Expenditure (QAPE).

You can learn more about the Producer Offset and the application process in our blog How do I apply for the Producer Offset?. Please note that all figures in that blog are based on the current system and will change from 1 July 2021.

The changes will affect,

Get the Australian Government’s Fact Sheet on the changes to read the full detail.

There will be long term impacts on the industry, but the immediate issue is how changes will affect projects currently under development.

With changes coming into effect on 30 June 2021, the biggest question is when should I start principal photography?

A change of one day either side of 30 June 2021 will be the difference between being considered under the old scheme or the new scheme.

The rationale for the main changes is that, in an era of streaming services like Netflix, Stan and Disney+, it doesn’t make sense to differentiate between TV and film.

This is why the rebate available for film projects is dropping, and the rebate for TV is rising. From 1 July 2021 they’ll be the same at 30%.

For TV producers thinking about moving their timelines up, do remember that all the changes need to be considered equally. While the extra 10% rebate is good news for TV production, overheads will no longer be an eligible expenditure. Consider this when running the numbers.

One of the biggest changes are the changes to the minimum QAPE threshold.

This will severely impact many small and independent films. If you’re planning a smaller film that will not meet the new threshold, it will be vital to start principal photography before the changes come into effect to qualify for the Producer Offset.

From 1 July 2021, we’ll lose the ‘Gallipoli clause’. This is the clause that allows some of the costs incurred outside of Australia to be included in QAPE.

If you are planning to film parts of your film or television production overseas, it may be worth getting over there before the change. This will be easiest for those shooting documentaries.

Obviously, there are other challenges associated with travelling for productions right now. This might be difficult, but could make a huge financial difference overall.

There are solid reasons for all documentary makers to get their skates on and get moving before the changes come into effect.

There is also a change to the amount of copyright you’ll be able to claim under the new scheme. Right now, if you’re using archival and other copyright materials you can claim the full cost. From 1 July 2021 this will be capped at 30% of total production expenditure. This will heavily impact documentary makers who rely on archival materials. If this is you, really consider ensuring that your production is considered as part of the current scheme.

It is also important to note that there are changes to the PDV Offset, which will impact film and television projects currently in pre-production or production.

Right now, the minimum PDV-QAPE (amount you’re spending in post production) is $500,000. From 1 July 2021, that will change to $1 million. If you’re not going to hit that threshold, it would be a good idea to start your post production before 1 July 2021 so that you qualify for the offset.

There is a lot here to consider, based on the type of production, it’s size, and what is possible in the current environment. If you would like to discuss your project and the potential impacts of these changes, please book a free consult. 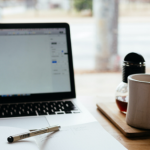 At what stage do you need a production accountant?Resources 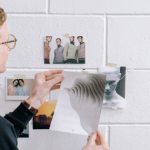