If you’re reading this, you’re probably asking yourself “what do I do to better manage the money of my next – or current – production?”

This is our third and final post in this series, all geared toward answering that question.

In the first two posts of this series, we walked through the ‘pre-pre’ and ‘pre’ stages of a production.

Through each stage we’ve considered,

If you haven’t yet read Part 1: Pre-pre production or Part 2: Pre-production, jump back and look at them now.

Through pre-production, we got the bookkeeping basics under control. Cost reporting and payroll systems have been set up, cost reports have started to go out, and you’re regularly paying invoices to suppliers.

With each day of pre-production that passes, these regular tasks really ramp up.

And, trust me, they don’t slow down now.

It’s time to get started with production.

Every production accountant runs their productions differently. What I’m about to explain here is what I would do day-to-day.

Monday! The start of a new week.

Every Monday during production, you will find me:

Of course, when I say I, I do mean my team. Given that this work is admin heavy it’s often handled by an accounts assistant (or bookkeeper).

Monday’s are also the day to get started on the cost report. At the start of a new week – once the petty cash has been handled – it’s time to reconcile everything and get a report to the producer or line producer ASAP.

Usually, I’ll sit down with the producer or line producer once a week. We’ll go through the cost-report line by line, and check in that the right financial decisions are being made. This is one of my most important weekly tasks.

Monday is also the day that timesheets are handed in. The earlier you start preparing payroll, the better.

A huge amount of time over the rest of the week is spent on payroll. Payroll on productions is incredibly complex.

The Australian film industry has incredibly specific and detailed Awards. The varied penalty rates, loadings, travel and turnaround clauses can really catch people out. The calculations are complex and fiddly, based on – sometimes incomplete – timesheets.

We run cast and crew payrolls separately, because of the time required to prepare both, and as they are paid under different awards . Running them separately spreads out the workload across the week a little more.

I’d also be doing daily pay runs to handle invoices as they arrive.

This is a better outcome for everyone, especially for a line producer who can guarantee fast-turn around on payments including locations. People are more likely to commit when they know the money isn’t far away.

There is a lot of work, and it continues like this, week in and week out, for the entirety of the production.

If I could leave you with one message, it would be this: if you don’t have the right people on board, then it’s going to be a hard slog.

Talk to a production accountant early.

Make sure they’re someone who you can work with and whose advice you trust. And make sure they’re experienced, especially in payroll. Cast and crew know exactly what they should get – avoid embarrassment with every pay run with an experienced team.

While the work slowly wraps up, bigger invoices arrive – but more slowly. Payment runs and cost reports drop from daily to weekly activities.

And then, finally, the film is delivered.

We’ll deliver the group certificates and, once done, the film is – from an accounting perspective – complete.

It’s time to deliver the final cost report, which details exactly what was spent, where.

As we assist most productions from start to finish, that is pre-pre stages to Producer Offset, we’d use this cost report to prepare the QAPE. Having one business involved with each and every step is a massive advantage when it comes to claiming the Producer Offset.

If you want a full rundown on how to apply for the Producer Offset, read our recent post covering the ins and outs.

One of the first steps though, is preparing the QAPE.

You may have had a production accountant involved over the course of the project.

Typically, production accountant’s often have a bookkeeping background, while the QAPE and Producer’s Offset work involves experience with Tax Accounting.

That’s one of the things that makes Above The Line Accounting so unique.

There aren’t many people out there with combination of the the bookkeeping, tax and film experience needed to cover a production from start to finish.

Because our team focus on the Australian production industry, we understand the passion that drives you to tell the next story.

No matter what stage of your current production you’re at – or if you need advice on your next production – please get in touch.

Book your free consult now, and let’s chat about your project.

We can’t wait to hear from you. 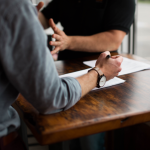 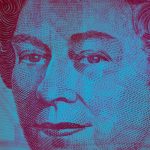 Common production funding options – and the traps to look out forResources
Loading Comments...