If you’re planning a future in Australian film and television production, then you’ll need to get to know the Producer Tax Offset.

It’s underpinned by income tax legislation, and seen as a source of funds for eligible projects. That’s exactly why it’s not something that you only think about at the end of your production.

Producers or production companies may use the Producer Offset upfront, to secure funding. You can ‘cashflow’ your Producer Offset, or borrow against the potential future offset at the early stages of a project (for more read: Common production funding options – and the traps to look out for).

What is it worth?

The Producer Offset you receive is based on you Qualifying Australian Production Expenditure or QAPE. You are eligible for:

In effect, QAPE is the money spent in Australia on the production. Screen Australia provide an A-Z budget, which is a good starter list if you want to understand the types of things that can be included in your QAPE. Overall, it includes,

There is a threshold, or minimum QAPE required to be eligible for the Producer Offset, which changes depending on the format of your production. You can find the list on the Screen Australia website.

Where do I get more info?

The Producer Offset is administered by Screen Australia. They provide one of the most comprehensive resources on the offset. You can also find out more on the Australian Tax Office website.

We’ve also developed a full run-down of how you can apply for the Producer Tax Offset. If you are considering accessing the Producer Tax Offset, then it is best to get your records in order early. So we have also created a series on how to manage the money side of your production at each stage of the process.

Of course, if you are considering claiming the Producer Offset for a current or upcoming production, please get in touch. We can support and advise you no matter what stage of production you are in.

In 2021, the Australian Government is modernising screen production incentives and injecting new funding to support the creation of film and television. These changes take place from 1 July 2021.

Read the full factsheet from the Australian Government with the changes here.

If you would like a hand to apply for the Producer Tax Offset, this is one of our specialises. Feel free to get in touch with us for a free consult.

filmmaking
What is the Producer Tax Offset? A guide for new producers2019-10-232022-01-24https://abovethelineaccounting.com.au/cms/wp-content/uploads/2018/03/logo-abl-inline-1.pngAbove The Line Accountinghttps://abovethelineaccounting.com.au/cms/wp-content/uploads/2019/10/kal-visuals-q_weenxvr0o-unsplash.jpg200px200px
Recommended Posts
Contact Us Common production funding options – and the traps to look out forResources 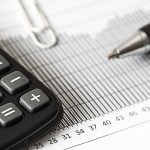